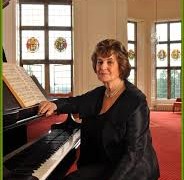 An inquest in Wakes has been told that a successful and influential musician was killed after her husband of 55 years pressed the wrong pedal upon leaving a concert.

Jean Hywel Williams, 79, founder of the Llanelli Proms, engaged Bryn Terfel and Rebecca Evans for her series and was known herself the world over as a pianist and choral conductor.

The inquest heard that her husband, the conductor John Hywel Williams, said at the accident scene: ‘I put my foot on the brake but it didn’t work.’

« Munich does U-turn and calls for new concert hall