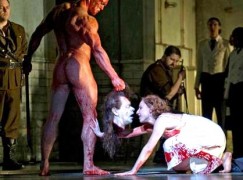 Opera men are paid more to appear nude than women

An enterprising journalist in Australia has been trawling the union agreements to see who gets paid more to bare all, or just bare bits.

Top earners, apparently, are male singers who uncover their penis ($67.62 per show).

Furthermore, bums and bare breasts (women only) earn an additional $43.90 for each stage rehearsal or show, while “skimpy costumes that show bare buttocks” will net performers $27, according to the agreement negotiated between Opera Australia and the Media, Entertainment and Arts Alliance this year.

Read the full frontal report here. Don’t all rush at once. 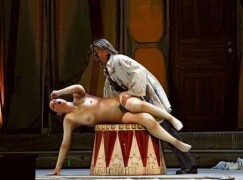