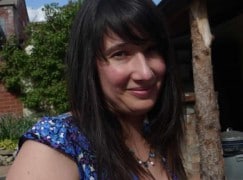 Alexis (Leksi) Paterson is the new chief executive of England’s Three Choirs Festival. She was previously half the artistic management team of the Cheltenham Music Festival.

The Three Choirs Festival Association has appointed Alexis Paterson as its new chief executive, in succession to Dominic Jewel who will leave in December to become managing director of the National Children’s Orchestras of Great Britain.

Alexis joins the Three Choirs Festival from Cheltenham Festivals, where she has been manager of the Music Festival since January 2011, working alongside director Meurig Bowen to deliver all aspects of the past five editions. Her previous experience includes working on the concert management team of Presteigne Festival and for the Bournemouth Symphony Orchestra as an education assistant and as coordinator of the orchestra’s contemporary music ensemble Kokoro. Immediately prior to arriving in Cheltenham, she combined freelance work with part time teaching at the universities of Cardiff and Salford. Her undergraduate degree at Exeter University was in Music with Mathematics and her PhD from Cardiff University is in Musicology.

‘I’m delighted to be taking on this role with such a prestigious organisation – it’s not often that you get to say you’re looking forward to seeing a festival flourish as it enters its fourth century!’ she said.