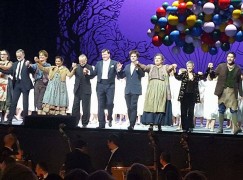 This was last night’s curtain call. 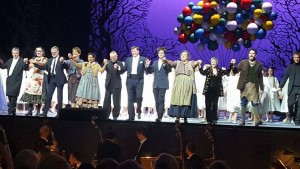 And this, below, was the showbill for the Vienna State Opera’s last production of Hansel and Gretel, which ended when the house was shut by Goebbels in 1944.

Note the emblem in the upper lefthand corner and the casual assumption that, in Vienna at least, Hansel and Gretel was only half of a mandatory double-bill.

Sitzfleisch must have softened since then. 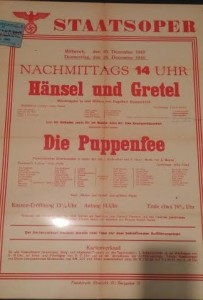