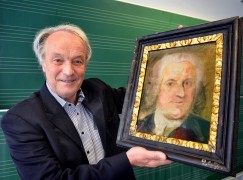 The Bach birthplace museum in Eisenach has announced the purchase of a lifetime portrait of the composer. The painting below, attributed to the Dresden painter Johann Emanuel Göbel (1720-1759), was discovered in private ownership 30 years ago and will now go on permanent display. 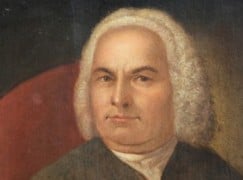 No sooner did that new item land than a collector in Dortmund, Wolf-Dietrich Köster, claims to have authenticated by carbon-dating to 1748 a Bach portrait he bought at auction last year.

If both of these pictures are what they are said to be, the number of lifetime likenesses of Bach has just gone up from one to three.

« A musician is hailed as hero of the Mali siege

Lang Lang is named heir to the Sun King »