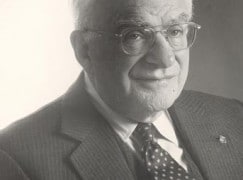 Death of an audio (and violin) legend

We regret to report the death of Norman Pickering on November 18.

An audio veteran who invented the magnetic cartridge with the sapphire needle in 1945 and paved the way for hi-fi, Norman lived to the age of 99.

He founded the audio engineering company Pickering Audio and later worked as an instrument designer for C.G. Conn in Elkhart. In later years he conducted important acoustic research on the violin and cello.

He wrestled with this problem: ‘Sound is created by the displacement of air. But the string itself has so little area that it doesn’t displace enough air to be heard at any significant distance. Try a string without an instrument and you’ll find you can hardly hear it, it’s just not moving enough air. The whole point of the violin is a means of converting the mechanical motion of the string to the movement of something that is big enough to create audible sound.’