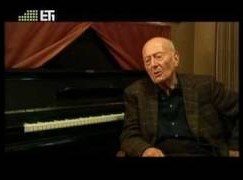 Death of a Greek music philosopher

We are receiving, from pupils and friends, news of the death of George Hadjinikos, a much revered pianist and thinker about music whose students included the conductor Theodore Currentzis. George, who divided his time between Athens and London, died this morning in Athens of a heart attack. He was 92. 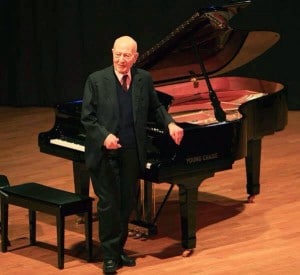 A student of Carl Orff, George became an influential figure in Manchester from the 1960s, teaching at the Royal Northern and conducting orchestras around the county. His signature pieces as a soloist were concertos by Schoenberg, Skalkottas and Bartók, an unconventional offering. He wrote three books: on Skalkottas, Mozart recitatives and ‘The Essence and Origins of Musical Interpretation’.

He touched the lives of many thousands of musicians.

Just in: 3 Americans and concertmaster are in the Sibelius finals »