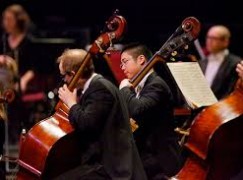 An orchestra with a sound all its own

I have spent the past three days in Winnipeg, where the symphony orchestra is playing the local premiere of Mahler 10 (Deryck Cooke score) and I’ve been filling in the background.

Winnipeg is a sub-Arctic city of 650,000 in the middle of Canada. Many of the people I meet, especially musicians, were born and educated in Winnipeg and never want to live anywhere else. Winnipeg has been designated Canada’s cultural capital and has a rich and varied offering. It even has a contemporary music festival.

The orchestra never tours and no other symphony orchestra ever plays in Winnipeg. As a consequence, I heard a modern rarity – an ensemble with a sound and character uniquely its own. Most of the principal players – viola, flute, bassoon, tuba, several others – could take a seat in any world-class orchestra. The music director, Alexander Mickelthwate, has lived here for ten years and they want to keep him.

Both Mahler 10 performances were intense and engaging. Every twist and turn in the score was fresh and surprising to my ears, in part (I suspected) because the orchestra is not trying to sound like any other. Hearing the orchestra in Winnipeg was an escape from enforced homogeneity.

Berthold Goldschmidt, who premiered the Cooke Mahler 10, once told me that as a young man he could travel from Bochum to Bremen and hear a completely different, authentic Beethoven sound, such was the character of orchestras in the age before mass travel and recording.

That’s what I heard in Winnipeg: an orchestra with roots and personality. Long may it last.

Steve Jobs: ‘I play the orchestra’ »