Guillaume B. Decherf, a writer for the cultural magazine Les Inrockuptibles, has been confirmed among the victims of Friday night’s Islamist massacre at Bataclan.

Guillaume was 43, the father of two small children. 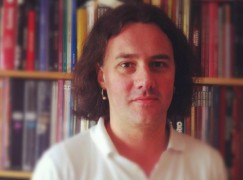 The pianist who turned up this morning outside the Bataclan concert hall and played John Lennon’s ‘Imagine’ on a grand piano that mysteriously materialised was named as Davide Martello from Konstanz, in Germany.

He turned up with a piano on a bicycle, played an emotional rendition of John Lennon’s ‘Imagine’, and then left.German pianist Davide Martello performed at the Bataclan concert hall in Paris – where at least 80 people lost their lives last night. 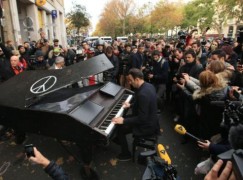 Davide Martello is known to Slipped Disc readers as a German artists who plays the piano in war zones. Read here.

thank you for your mails. I just got back home in Germany safe and tired from a 24h drive. … Everything started in a irish pub in Konstanz while I was watching the soccer match between France and Germany. After I saw that insane violence I just followed my heart and went to Paris with my piano. This was one of my most touching moments in my life and I need to rest and reflect about what happened in this short time. I will responde you as soon as I can, I hope you guys understand

The Metropolitan Opera is handing out leaflets of the Marsellaise to all matinee operagoers today, inviting them to join in the singing of the French national anthem before the performance. Good work, Peter Gelb. 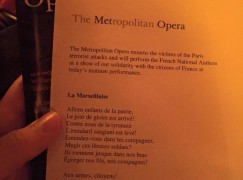 The Atlanta Symphony is dedicating today’s performance of Verdi’s Requiem to the dead and injured in the Paris attacks. Fort Worth Symphony and Colorado Springs Philharmonic are also planning tributes tonight.

In Washington visiting conductor Gianandrea Noseda spoke from the stage to dedicate the National Symphony Orchestra’s performance of Alfredo Casella’s Elegia eroica to the people of France.

Let us know if you hear of more.

Paris is without music tonight and tomorrow. Let us make music for Paris.

In Ottawa, Canada, the National Arts Centre Orchestra is responding to the terrible attacks on Paris by performing the national anthem of France, La Marseillaise tonight to open the concert.

In Sao Paolo, Brazil, the concert stage was lit up in red, white and blue. 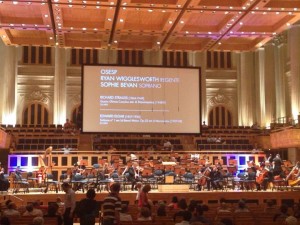 Vienna: Before today’s Beethoven Ninth at the Musikverein, Sir Simon Rattle, the Berlin Philharmonic and Dr. Thomas Angyan, Intendant of the Gesellschaft der Musikfreunde in Wien, asked for a moment’s silence:

Rattle said: ‘Ladies and Gentlemen, we are all of course still deeply shocked at the horror in Paris yesterday. Beethoven’s Ninth Symphony is essentially a journey from darkness to light. And the light includes Beethoven’s message, a plea for love, tolerance, Menschlichkeit, humour. The words ‘Alle Menschen werden Brüder’ are the words we need to hear more than ever today, especially when we are faced by people, who do not believe that. What we can do is play and what we would ask you for is a moment of remembrance, silence and love to the people, who lost their lives or their loved ones..

Pascal Nègre, president of Universal Music France, has posted a message of mourning for three young staff members who attented the Bataclan Friday night concert in the line of duty.

The performing band were signed to Universal. 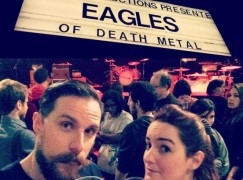 UPDATE: One of the victims has been named as Thomas Ayad, 34, of Mercury Records, a Universal affiliate. Marie was Marie Mosser (below). 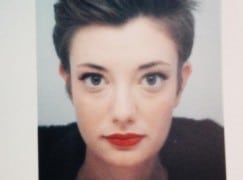 Thomas was 32, Marie 24. The third Universal loss was Manu Perez (below). 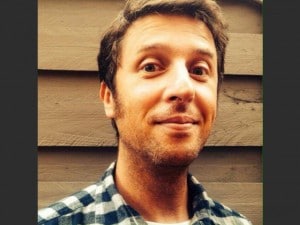 Also among the dead was a British young man, Nick Alexander, who travelled with the band selling merchandise at their venues.

The music critic Guillaume B. Decherf also lost his life.

The Mayor of Lyon has announced five days of mourning for the victims of the Paris terror massacres.

The national orchestra of Lyon were informed of the cancellation of their Saturday concert two hours before it was due to start.

Their music director, Leonard Slatkin, who led the BBC Proms with dignity and calm in the terrible week of 9/11, planned to say a few words to the audience and musicians. He has allowed Slipped Disc to publish his intended speech. 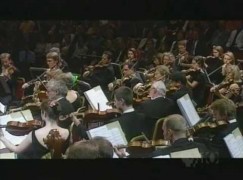 Tonight’s program was intended as a celebration, filled with joy and good feelings. The horrific attacks in Paris have reminded all of us that we live in perilous times. What do we do in the face of senseless violence? How do we explain it to our children and ourselves?

On stage tonight, you see the members of the ONL. They are joined by colleagues from the Opera de Lyon. We come together to help bring a degree of solace and comfort to you. What cannot be said with words is best conveyed by music.

Instead of the announced pieces by Sir William Walton, we will play the Adagio for Strings by Samuel Barber. This piece has become the one the world turns to in times of grief and sorrow. It was heard at the funeral of Franklin Delano Roosevelt. It was played by orchestras around the world after the assassination of John F. Kennedy. And it was the work of choice after the atrocities of Sept. 11.

The Adagio has been called, “The Saddest Piece of Music Ever Written.” I do not agree. The aching, long melodic line is a thing of beauty, not tragedy. The crescendo at the works climax is one of the greatest affirmations of music’s power. And the ending, indefinite, reminds us that the world carries on, even at its darkest hours.

Our hearts and prayers go out to the friends and families of those who perished last night. But the resolve of the French people is strong and we will continue to believe in the best elements of our society, not the worst.

Here is a list of events cancelled and venues shut in Paris. The prefecture has ordered the closure of Salle Gaveau, the Philharmonie and other classical venues.

UPDATE: Message from Esa-Pekka Salonen: Work is best therapy on an immensely sad day like this. Our rehearsals for Bluebeard/La voix humaine resume tonight at Opéra national de Paris

The death of Robert Craft, the great composer’s assistant from 1948 to 1971, has been confirmed by his family.

Craft, who died on November 10, aged 92, acted as spokesman and swordsman for Stravinsky during his later years. He published five books of conversations with Stravinsky, asking many leading questions to which his master rose with alacrity. Some challenged certain controversial remarks, saying they did not recognise Stravinsky’s voice in the English transcription. Craft lashed back vehemently at all such criticisms.

In latter years, he floated a mischievous theory that Stravinsky had a homosexual affair with Ravel, apparently basing it on a discredited source.

His relationship with Stravinsky was never dull. A man who sat behind them during an LSO concert at the Royal Albert Hall for the 50th anniversary of the Rite of Spring, conducted by its original maestro, Pierre Monteux, told me he heard Stravinsky disparaging Monteux throughout the performance and Craft adding constant fuel to his fire. That was Craft’s role: maintaining Igor’s menace. 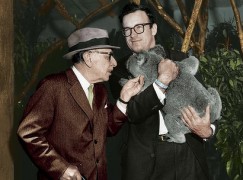 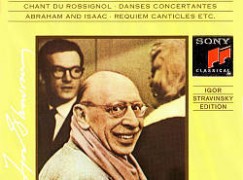 All week long, there has been a campaign on social media about the pianist that time forgot.

Esther Yellin led a turbulent life in the Soviet Union, Israel and Switzerland. Her recordings have just been reissued. She is, beyond doubt, an outstanding artist, as you can hear below.

The tragic family story is recounted in this Haaretz feature from January 2010 – a compelling painful read, here. 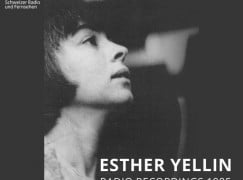