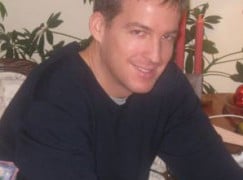 The New York classical music station WQXR has fired Brian Wise, one of its most industrious and knowledgeable writers.

Brian was accused of plagiarising other writers’ work in 10 instances recorded here. Several of the alleged heists are from the New York Times.

Brian is a well-liked colleague and we will not prejudge the case until more facts are known. On being confronted with the similarities, he offered his resignation. NPR outlets carried the story that he was sacked.

However, if every website writer who stole from Slipped Disc, for instance, were to be fired, that would cause a shutdown of the Classic FM site and the Violin Channel, to name but two of the most flagrant violators.

WQXR itself has lifted some of our exclusives without attribution, and the offender was never Brian Wise, but other staff journalists.

It may be that Brian crossed a line in his use of whole phrases, but it would seem that WQXR have acted with unnecessary severity when a severe warning would have sufficed.

We are sorry to lose Brian Wise.

« Thomas Ades: Are they serious? Some of those old German conductors just sound absurd

A New York radio man responds to being fired »