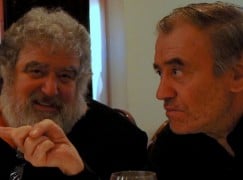 In a blog that the Guardian has not seen fit to print, veteran music critic Andrew Clements nails Gergiev’s eight years at the London Symphony Orchestra – a partnership that ends this week with not much more than a whimper.

The fact remains that the LSO has had Gergiev as its figurehead for eight years, and in that period it has very rarely experienced the inspirational best of him on the podium, or received the close attention, what you might call the pastoral care, that a really diligent chief conductor can bring to an orchestra’s culture of concert-giving. At times during that period, the sound of the orchestra, in its home at the Barbican especially, was coarse and unpleasant.

Passing of a Peabody dean »