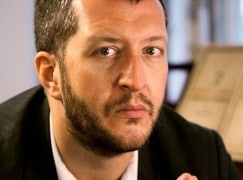 Thomas Ades: Are they serious? Some of those old German conductors just sound absurd

From an interview  the composer has given to our SanFran friend, Elijah Ho:

‘It’s all a little bit of an act, this idea that German is serious and other things are frivolous. It’s just another form of performance, and I think this is one of the reasons that Beethoven suffered from such ponderous performances, particularly just after the war. You have German conductors trying to convince you that, ‘Yes, we may have lost the war, but this is still the most serious music’. Whereas poor Beethoven is really a composer of fire and thunder and huge natural power, natural forces, lightning, and he becomes this rather stodgy, heavy deutsche character. And I simply think that this is wrong.

‘I wouldn’t name the conductors because I think we all know who we’re talking about(laughs), but you listen to those recordings now, and I’m afraid many of them just sound absurd, and that’s why. So it was a sort of, a little bit, if you like, German pathology of themselves,­ ‘we must be more serious’ – and it’s clearly not true. You can’t hold Pelléas et Mélisande or Tchaikovsky’s Sixth Symphony against a Beethoven Contredanse and say the German is more serious. It just doesn’t make any sense, really, and I don’t think anyone would think like this anymore – I hope not. For the German composers’ sake, I hope they get over this idea that they have to be very heavy and serious.’