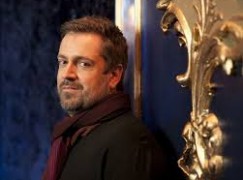 This international competition was simply incompetent

The Portuguese pianist Artur Pizarro tells Slipped Disc why (as we reported earlier) he walked off the jury at the Louisian International Piano Competition:

Basically it was a competition with no leadership, not one pianist in the administration, one neglected concert grand, one artistic director and one president with little to no social skills, a jury that really could not discern what was going on… and therefore voted in a rather bizarre fashion.

This competition was founded by a Russian pianist who used to live and teach in Louisiana. When he moved to Washington DC, the competition stayed behind but there was no one left to steer the boat. After the vote from second round to finals I saw that the jury was going in a totally different direction to me… Two of my proposed finalists received just one vote, mine… As there were only three prizes and five juror members, I realised that my vote would no longer make an impact in the overall results. As I could not in clear conscience stand on stage as results were read, I resigned from the jury and returned my juror fee to the competition.

The average age of the competitors was well above 25, many in their 30’s and some as old as 35. Repertoire was unstructured so there was a wild disparity in complexity of repertoire presented. Piano was a rather good Yamaha CF3S but completely unvoiced and painfully metallic. Orchestra for the finals was the Rapide Symphony Orchestra, conducted by the artistic director of the piano competition who is also their music director.

Unfortunately the orchestra hindered more than supported. For the first two rounds the hall was practically empty and for finals maybe around 200 people. As a regional piano competition it might be acceptable… Might be… But as an International Piano Competition it left many odd points lacking in quality. The first prize winner was a Georgian pianist in her thirties. Two slightly younger Korean pianists tied for second prize. How? No idea as they were as different as oil and water. Favourite sound byte of the competition? When the artistic director of the competition was on stage about to present the finalists andsaid to the audience that the following year maybe an audience prize should be awarded, ‘so that you think you have something to say in this’.

Can it get any worse?