The most depressing music book I have ever reviewed

I have just reviewed the book below this weekend for the JC. The book has completely changed my attitude towards western efforts to bring music to the West Bank. I am aware that many young musicians go to Palestine with the highest of intentions.

But from Sandy Tolan’s account, it appears their ideals are cleverly converted into politics. 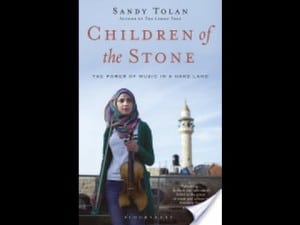 A London orchestral violinist I know spends her summer leave working with cancer kids in Africa. A French bassoonist takes a 100-kilometre run in support of an educational mission. An Australian violinist volunteers for Médecin sans Frontières. Few occupations in my experience are as caring, as giving of time and effort in good causes, as classical musicians.

Over the years I have seen dozens of European and American musicians backpack off to Ramallah with the aim of training Palestinian youngsters to play in orchestras. Although many return with a restricted view of the situation, I have always assumed that their civilising presence did some good. Reading Sandy Tolan’s one-eyed, unquestioning, hopelessly sentimental narrative of ‘the power of music in a hard land’, I am forced to reconsider every aspect of that assumption.