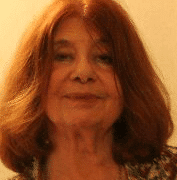 Sad loss of a pedigree pianist

Shocked and saddened to report the death of Ricci Horenstein, a noted concert pianist and outstanding piano teacher who sepnt the second half of her long life in London.

A cousin of the great conductor Jascha Horenstein, Ricci fled Vienna just ahead of the Nazis and wound up destitute in Palestine as a teenager, in 1941.

The former Berlin cultural organiser Leo Kestenberg took her in as a pupil in Tel Aviv, giving her five lessons a week without charge and later employing her as his assistant.

Life’s circumstances took Ricci to South Africa and later to England, where she applied Kestenberg’s teaching principles in the purest form.

Lively, witty and borderline wicked, she was on fine form at our dinner table last Friday night. Her death comes as a shock to her many friends. She was, we think, 89 years old. No-one ever asked.

« A New York radio man responds to being fired