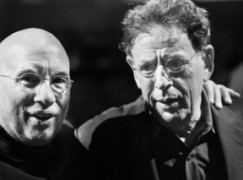 Maestro in agony dash to hospital 90 minutes before concert

It was a big Bruckner night in Linz on Sunday, but an hour and a half before the concert Dennis Russell Davies collapsed in pain and was rushed to hospital, where he underwent surgery that night.

Davies, 70, had made an awkward turn in the podium and torn the patellar tendon behind his knee. He’s making a good recovery, we’re told.

Kapellmeister Ingo Ingesand, called in from the Landestheater, conducted Bruckner’s fourth without rehearsal. He has been engaged for the forthcoming concert while the music director recovers.

Riccardo Muti: ‘A conductor who moves more than is necessary … you have to boo’ »