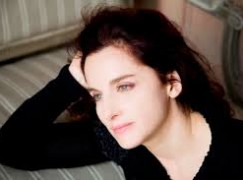 The Lucerne Festival has announced a summer of at least nine women conductors. Rub your eyes, it is the dawning of an age of equality.

The headline act is the Vienna Philharmonic, conducted by the French baroque leader Emmanuelle Haim. That’s gesture politics. The Vienna Phil are working overtime to annul their anti-women image. There are still fewer than 10 women players in the orchestra.

The conductors will include Marin Alsop (with the Sao Paulo Symphony Ochestra), Susanna Mälkki, Elim Chan and Barbara Hannigan.

So far, so obvious. The remainder are women working their way up the system: Mirga Gražinyte-Tyla, Anu Tali, Maria Schneider, and Konstantia Gourzi.

It looks tremendously exciting and it could be a game-changer.

Except that it’s happening in Lucerne, in front of the world’s wealthiest audience paying the highest ticket prices and assuring one another that nothing will ever change.

UPDATE: One of the conductors has objected privately to the marketing concept.