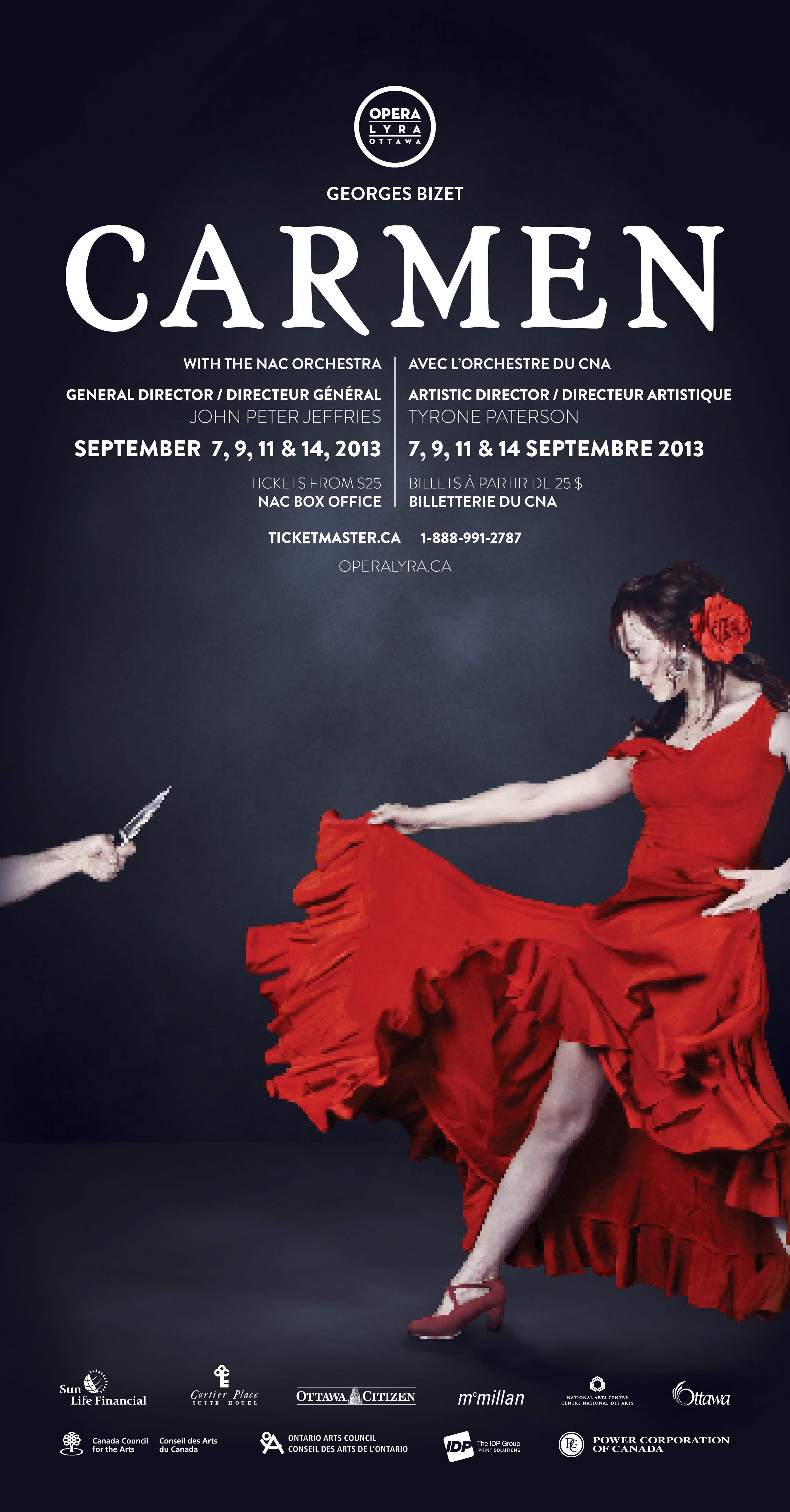 This will have knock-on effects on the NAC Orchestra.

Ottawa, October 14, 2015. The Board of Directors of Opera Lyra issued the following statement today.

It is with deep regret that we have decided to cease operations, effective today. There will be an immediate shutdown of the current performance season, the 31st in the company’s history. The Board will now review options on how it may adjust its future operations.

The challenge facing the company is that revenues are not sufficient to cover costs. All opera companies in Canada generate revenues from four sources: ticket sales, government grants, philanthropic donations and commercial sponsorships. In Opera Lyra’s situation, revenues from each of these streams have been consistently below expectations, resulting in cash shortages and an unsustainable deficit.

When the current Board of Directors and leading staff took on responsibility for Opera Lyra in 2011, following the previous financial crisis, it was clear that accumulated debt inherited from the past would be a difficult burden. But the company succeeded in reducing its operating costs, and it began the long process of rebuilding audiences, expanding fundraising and paying down some debt.

We are proud of Opera Lyra’s strong contributions over many years to musical culture, education and training across the National Capital Region. We have achieved tremendous artistic results. Our small company has produced so many fully staged operas, employing great Canadian and international artists, the wonderful singers of the Opera Lyra Chorus, and the crews and musicians of the National Arts Centre. Our Families and Schools Tour now delivers performances to as many as 32 schools each autumn.

Our core problem is that revenues have not grown to cover the costs of presenting high quality opera on the stage of the National Arts Centre. There are challenges in all revenue areas, including: major shortfalls in commercial sponsorships, modest shortfalls in private philanthropy, reductions in funding from the federal and provincial governments and, recently, weaker ticket sales.

The decline in paying audiences for Opera Lyra (a trend that is reportedly affecting other performing arts in Ottawa-Gatineau) is a key difficulty. Opera is an expensive musical genre. It combines orchestral music, vocal performance, and dramatic staging with sets, lighting and costumes. Other opera companies in North America have also had recent financial problems and several closures, notably in San Diego, New York and Hamilton, Ontario.

Members of the Opera Lyra Board want to express sincere appreciation to the staff, performers, donors and thousands of patrons who support high quality opera. We want to thank so many people who have helped as volunteers in all aspects of our activities, notably members of the hard-working Opera Lyra Guild .

The Board will look into options for the future of opera in Ottawa/Gatineau. The current program delivers two fully staged operas each year at the NAC, but our experience shows that this approach is too costly for an independent, professional company and ticket sales are unpredictable. Lower cost models, or wider partnerships, may be viable alternatives.

« Death of a productive British composer