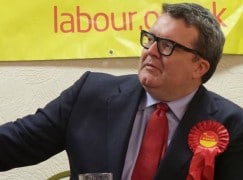 In defence of Tom Watson, MP

Now the ratpack is upon him for smearing the dying and the dead, let these things be remembered:

1 Tom Watson MP was the only person in authority who listened to victims of child abuse at a time when no newspaper could be bothered to give them time of day.

2 Tom Watson MP cared for the victims and made the connection between them and an initially sceptical police force.

3 His involvement resulted in increased police activity which led, in turn, to numerous successful prosecutions.

4 Tom Watson was also a leader of the inquiry into phone-hacking and other abuses by the press, which is why they are hounding him now.

5 Tom Watson MP went way over the top in smearing the late Leon Brittan and others as paedophiles on the basis of unchecked testimony. He needs to apologise for the suffering he caused to the innocent and their families.

6 But – the big but – Tom Watson MP has made it harder for paedophiles to prey on British schoolchildren and his actions have forced many academies, including music colleges, to improve child protection.

For this, he deserves a public vote of thanks.

Declaration of interest: I have met Tom Watson only once, when being cross-examined by him before the House of Commons culture committee. He, together with Louise Mensch on the Tory side, were keenly interested in tackling maladministration and injustice wherever it occurred, something that cannot be said for many politicians.

« Passing of a Peabody dean

Watch the two tenors (one ex) »