Have competitions killed our violinists?

Following the dubious results of the Joseph Joachim Competition in Hannover and similar recent outcomes, a Russian musician asks, in this exclusive Slipped Disc contribution, whether competitions might have destroyed a generation of violin talent. Since English is not Marina’s first language, please excuse the infelicities. The sentiments, however, are valid.

WHERE ARE ALL OUR VIOLINISTS? 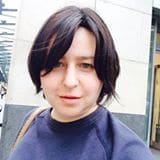 Can you name a really great violinist born after 1980? Perhaps Julia Fisher. Who else?

And when did you last attend a violin recital?

The last generation of great violinists are slowly withdrawing from the big concert stage. Some have begun to conduct (Maxim Vengerov, Joshua Bell, Nikolay Znaider).

The life of violinists is relatively short: from 16 to 45, then quality of playing inevitably descends. Although David Oistrakh played at 70 more than somewhat well, but that is not typical. So, where are the extremely talented prodigies? Young flourishing talents? It seems like we face a lost generation.

Why has this happened, and who is responsible?

My answer: competition selections of the last decades. Why does this selection work more or less smoothly among pianists or singers and at the same time almost killed violin playing? The weakest fruit drops earliest to the ground. Also the chain is no stronger than its weakest link.

The responsibility lies with those who make the decisions. The great teachers one sees on juries used to give to the world as much as they consumed. Today this balance is disturbed: they consume more.

Without exaggeration, they have jeopardized the very future of violin playing.

Look at the lists of laureates of the last decades. Is there a name for whom you would spend money on a concert ticket? If so, tell me who. But how can I know you are not somehow related to this violinist?

That’s how badly the system has been corrupted.