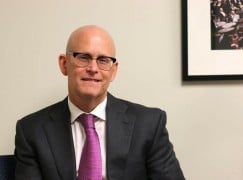 Jon Limbacher, head fund-raiser at the Cleveland Orchestra, is the new president of Saint Paul Chamber Orchestra. He replaces Bruce Coppock who yesterday announced his retirement.

Jon, who has been with Cleveland since 1991 in varied roles, has been the orch’s Chief Development Officer for the past four years.

He is the latest of a stream of Clevies who have been headhunted by wannabees. Both Atlanta and Chicago have recently raided Cleveland cookie jar for exec talent.

His departure marks a further team transition, ahead of Gary Hanson’s imminent retirement from the orch.

« Sad death of festival founder, two days after it ends