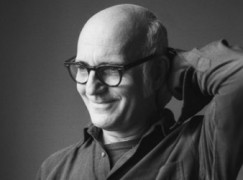 It’s being claimed that Ludovico Einaudi is the first classical composer to break the pop charts for 20 years.

That would be since since Henry Mikolai Gorecki, we reckon.

But Gorecki sold a million copies of his 3rd symphony.

Einaudi has some way to go.

Ludovico Einaudi this week becomes the first classical composer in over 20 years to reach the Top 15 in the Official UK Album Charts.

His new album ‘Elements’ debuted at No.12 (Einaudi’s highest ever chart position) – overtaking pop stars James Bay and Taylor Swift and beating the likes of Scouting for Girls and Fightstar.

It is the highest-charting modern classical album since the Polish composer Henryk Gorecki’s ‘Symphony of Sorrowful Songs’ reached No.6 in 1992.

Einaudi, who studied with Luciano Berio and is the grandson of former President of Italy, Luigi Einaudi, also becomes the first classical pianist to reach the UK Top 15.  He is No.1 in the UK Classical Charts too.

“As a composer, it is a great thrill for me to have an album in the Top 15 of the pop charts.  I’m delighted that listeners have embraced the sound of ‘Elements’ and hope they continue to enjoy my music.”

Practising Rachmaninov on the beach »