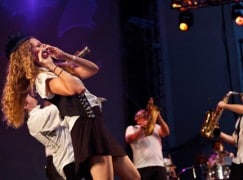 Jessica Schmitz was trying to board a plane at Chicago, heading for Houston where she’s playing on the Arijit Singh tour, when security officials treated her in the most appalling way. 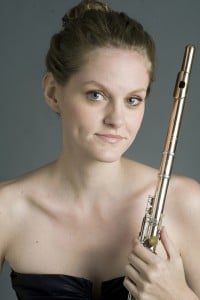 At O’Hare, I just had the worst instrument TSA travel experience of my entire life. I’ve flown with my flute at least a few thousand times, and it’s frequent they ask to look at the case, even open it, to see what it is. But today a power- hungry agent decided to mess with me and said my flute headjoint needed to be removed from its case and run thru the X-ray LOOSE in a bin.

I said this was absolutely not an option, despite three supervisors assuring me my flute made of gold “would be fine” rattling around in a bin. And when I insisted that this was not, in fact, “standard procedure” and closed the case so they wouldn’t damage it, they called the Chicago Police department to have me removed from the airport.

And that was just the beginning.

As the Chicago police were taking my license and getting ready to escort me out, one TSA agent suggested wrapping the headjoint on paper towels And then running it thru xray so it wouldn’t be dented/ damaged. Since it was either that or be escorted out by the police I had to agree. She was actually quite nice and felt horrible and let me put it in the bin and wrap it while the police and guards looked on.

When it of course came back clear, she gave it back. But then I had to get a full pat down, groin, chest and all. Then the police told me it would not be on any permanent record, gave me my license and ticket.

One agent told the police I tried to hit him, which I did not. He also detained me at the gate saying I was “not allowed to leave” until the police arrived.

If I weren’t allowed on the flight I would have missed shows today and tomorrow.  When given such unchecked power the TSA are threatening not only citizens’ personal safety and civil rights, but also in this case their livelihood.

O’Hare is getting a reputation for this kind of hassle. Beware.

We have the names of the agents involved and they are being reported to the responsible authorities.