Bernie Sanders: I will be President for the arts

Watch his lips: ‘You have my promise… I will be an arts president. I will continue to advocate strongly for robust funding for the arts in our cities, schools and public spaces. Arts is speech. Art is what life is about.’ 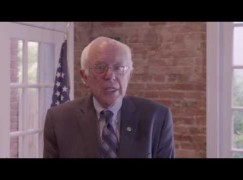