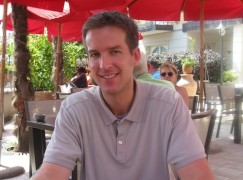 A New York radio man responds to being fired

Brian Wise, the classical music writer and producer who was sacked by WQXR for alleged plagiarism, has responded with dignity and humility from  a link on his Twitter account. Here’s what he writes:

NPR and WQXR have identified some sentences and phrases in my work that were similar to those used in other media outlets. They are right. These unintentional lapses are entirely my fault. I did not live up to my high standards nor those of NPR and WQXR. I sincerely apologize for this.

I recognize that many people today hold journalists in low esteem, which makes these past transgressions all the more difficult to fathom, especially for those who work or put their trust in the profession. I hope to learn from these mistakes and move forward honing a craft I’ve grown to love over a 15-year career.

Sad loss of a pedigree pianist »