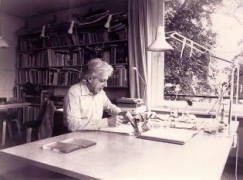 -Ilan Volkov will conduct a chamber orchestra of New York Philharmonic musicians in the US stage premiere of Gerald Barry’s The Importance of Being Earnest (2010), at Rose Theater at Jazz at Lincoln Center;

-Alan Gilbert will lead the New York Philharmonic at David Geffen Hall in works by two American composers of the same generation: the World Premiere–Philharmonic CoCommission of a Trombone Concerto by William Bolcom, with Philharmonic Principal Trombone Joseph Alessi as soloist, and the New York Premiere of Conjurer by John Corigliano, with percussionist Martin Grubinger as soloist in his Philharmonic debut.

-And much more here.

‘No animal was harmed in the making of this opera’ »