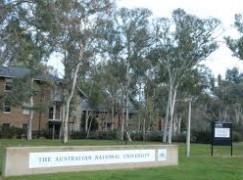 This one-night only, intimate performance benefits the Dallas Street Choir, a musical outlet for those experiencing homelessness and severe disadvantage. Jonathan Palant, founder and director of this nonprofit organization, says, “The Dallas Street Choir offers a community for those in need of one. Our members have the opportunity to practice responsibility, commitment, and professionalism, as well as improve their musical skill. We strive to build the self-esteem of our singers through a variety of performance-based activities. Over 300 individuals have attended at least one Dallas Street Choir rehearsal since its inception one year ago.”

Down, but not out

We hear (unofficially) that Nathan Cole of the Los Angeles Phil has won the concertmaster audition at the Seattle Symphony. He will replace Alexander Velinzon who has gone back to his old job as assistant concertmaster in Boston. 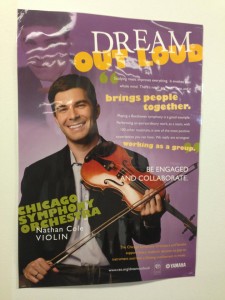 Also leaving Seattle are two more front desk violinists – gone to San Francisco Ballet and Australia – a flute player who went to Dallas, 3rd trumpet who returned to the Met and Ben Lulich who won the conveted principal clarinet role in Cleveland.

When the music director James Judd gave up his salary last week, there were fears for the financial security of the Israel Symphony Orchestra, based in Rishon Lezion.

Today, its board issued this statement:

The Israel Symphony Orchestra Rishon LeZion (ISO) continues with its planned schedule and programming and is proud of its enthusiastic audience, its wonderful musicians and guest conductors and soloists.

Being a municipal association, the orchestra is budgeted by the Rishon LeZion municipality and is able to continue to pay salaries and artists’ fees and fulfill its contractual obligations. The municipality backs the orchestra and its management.

The ISO, which is also the Israeli Opera orchestra, has substantially increased its income from tickets, subscriptions and concert sales and has performed several rounds of cuts in production costs. However, this was not sufficient and like many orchestras in Israel and around the world it faces cuts of income from other sources and is required to cut salaries in order to balance its budget and prevent a deficit in next year’s budget.

The orchestra and its management are confident that the planned cuts along with the ISO’s huge success will support its continuous flourishing and let it balance its financial situation. 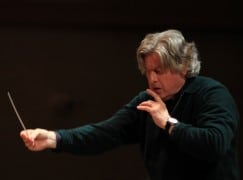 Five months ago we introduced you to Alan, a homeless man in a soaked sleeping bag who played Beethoven on a piano in Newcastle station, in the northeast of England.

We begged passers-by: ‘Do not avert your eyes’.

Today, we have news that Alan has been found dead, surrounded by needles.

Go home. Watch the Amy Winehouse documentary. Do something. 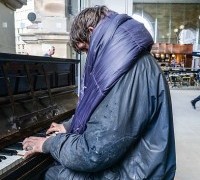 The never-ending saga of academic back-stabbing and incompetence at the music school of Australia’s so-called National University has been slammed by one of the teachers, David Pereira, as ‘arrogant’ and ‘indecent’. The school has been headless since Peter Tregear was forced out in August. Pereira writes:

The university is located in Canberra, a boomerang’s whang from the seat of Government. What will it take to get a national inquiry going into this cesspit of self-interest? The Aussie media show scant interest.

Granilano reports that Makhar Vaziev is leaving La Scala to become head of the Bolshoi Ballet next March. He succeeds the acid-attacked Sergei Filin, who was unsentimentally sacked on his recovery by Bolshoi boss Vladmiri Urin.

Vaziev, 54, is a former Mariinsky soloist who headed the Mariinsky Ballet for Gergiev for 13 years before serving seven at La Scala, where he recently renewed.

Few Russian dancers can resist the Bolshoi, short-term as it’s likely to be. 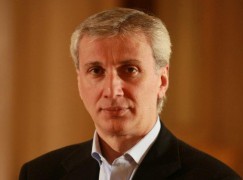 Two new recordings attempt to pair the string quartets and piano works with works by other composers, and somehow miss the mark.

The Amadeus Quartet, dominant in the middle of the last century, told me in retirement that their greatest regret was never having played the two Janáček quartets. You can see how the omission occurred. Janáček is the ultimate outsider, the one who doesn’t fit in any canon, whose music never sits easily with any other – which is what makes the repertoire in these two albums so challenging.

Read the rest of  my Album of the Week on sinfinimusic.com. Click here.

The final round reel is online here, with Elsa vamping it: 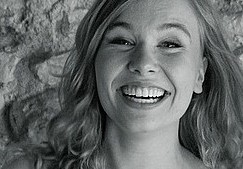 The first notes of opposition to Simon Rattle’s proposed new hall rallied in The Observer yesterday, following last week’s admonitory post in Slipped Disc. This morning, The Times has picked up the controversy.

Briefly, it’s a question of how much bang you get for a half a billion bucks.

Both Munich and London face the same dilemma. Both have ugly halls with bad acoustics and politicians without the balls to replace them. Now, the UK Government has green-lighted a new hall as part of a deal to bring Simon Rattle to London, but the plan is to build a ‘concrete monster’  in the heart of the City of London on the most expensive slice of real estate on earth. That is not only madness. It’s an insult to the intelligence.

Spend half a billion on a concert hall when hospitals have to shut for lack of nurses, who can’t afford to live in London? And in an area where senior citizens fear to walk after dark. Come on…

Every musician knows that London needs a new hall. But where, and for how much. The solution is to build it outside the Square Mile, in an area where people live, served by good transport links. It needs, moreover, to be designed to look like a great concert hall, not like the Mayor of London’s nuclear bunker. It needs to become an issue in the upcoming mayoral election.

And it must not cost half a billion pounds, or even half as much. I have just been to see a new hall rising in Germany for just 35 million Euros – half of it paid for by citizen donations.

More on that bold experiment in a few days time. 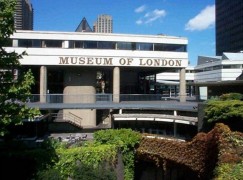 Anna Goldsworthy despairs of having to play for audiences of pension age.

It is reassuring to imagine that our audiences will naturally renew themselves, but last year, on tour with my trio, Seraphim, I started to have my doubts. We began in Macedon, Victoria, where we delivered eulogies for two cherished audience members who had recently passed away; we then performed Beethoven, who did the job better. Up in Queensland, a chamber music society president confessed that since many of her former subscribers could no longer leave their homes, the society was drawing down its financial reserves and would soon shut up shop. In New South Wales, our presenter revealed that he was suffering from dementia, and was not sure how much longer he could continue. 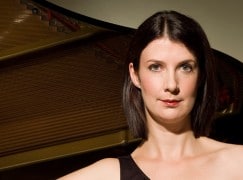