This may be the most open, unpredictable final in recent memory. No strong favourites, no big names. A spread of artists from 8 countries. Only one Russian, only one Pole. Two women out of ten. 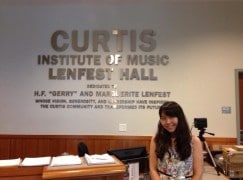 In the final round, starting Sunday, each pianist will perform one of Chopin’s two Piano Concertos with the Warsaw Philharmonic, conductor Jacek Kaspszyk.

The result will be announced late Tuesday.