American tenor Stephen Costello has spoken out for the first time about the circumstances of his marriage split with soprano Ailyn Perez. It got so bad he quit midway through a duet, he tells Slipped Disc contributor Shawn Milnes in an exclusive interview: 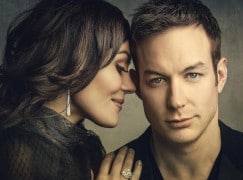 Costello walked out of the concert after the first few bars of the opening duet with Perez and she was forced to finish the concert solo.

“I had reflux that was so bad my throat was fried. I came on. I was singing halfway through my duet and I couldn’t do it. I think I even said the words, ‘OK, I’m done.’ And I walked offstage.

“The stress was just too much of me being out there trying to pretend everything is fine. How can you sing songs and pretend that you’re in love with someone knowing that you’re divorcing them at that point? I ended up sitting on the steps of the Kennedy Center and I couldn’t leave.”

No-one expects to see the chairman tomorrow (Weds) at the fund-raising gala that opens the 2015-16 season.

Ronald Perelman has announced he will resign as chairman (though without specifying a date) after failing to get the board to suspend Clive Gillinson, the artistic and executive director.

Gillinson’s exercise of authority is said to be ‘under internal review’ after Perelman’s complaints.

The conflict, in the thick of a $125 million cash campaign, is not over yet.

To restore confidence, the board needs to name a new chairman who can match Perelman’s missing bucks. Fast.

The doyen of early music has scrapped October’s Concentus Musicus concerts at the Vienna Musikverein and La Scala Milan for health reasons. Harnoncourt’s next scheduled concerts are in December, in the week of his 86th birthday.

The grandfather of the thriller writer, who has died of cancer at 67, was a distinguished Swedish composer. 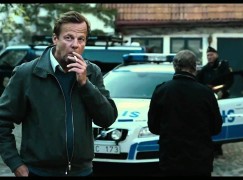 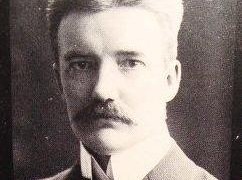 Happy birthday tomorrow (Oct 7) to the most successful cellist of his generation and the greatest role model for his instrument.

Yo Yo’s celebratory recital on Sony Classical is my Album of the Week on sinfnimusic.com, but it comes with a caveat:

True, his Silk Road enterprise has thrown a bridge across the cultural gulf between Asian and Western music. True, too, that his new educational initiative with Laurene Powell Jobs may yet bear fruit in American schools. But the tone of this birthday record is so relentlessly safe, so comfortably resting on past laurels, that one can only hope for a change of heart – a decision to make these next years his legacy decade, to leave a corpus of music and deeds by which he will be forever remembered.

Click here to read the full review before you respond. 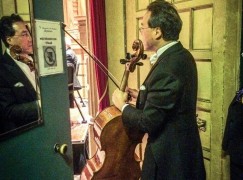 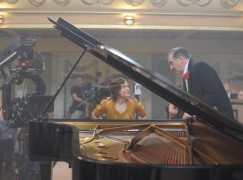 Pianist Clare Hammond will appear in the forthcoming film adaptation of Alan Bennett’s play, The Lady in the Van, as the younger version of Dame Maggie Smith’s character, Miss Shepherd. Clare performs in a number of flashback scenes recreating a Proms concert in the 1930s, and enacts Miss Shepherd’s experiences as a novice nun some years later.

Clare’s recording of excerpts from Chopin’s Piano Concerto No. 1, with the BBC Concert Orchestra, is featured throughout the film. The slow movement of Chopin’s concerto and Clare’s performance of Schubert’s Impromptu in G flat major, are included on the soundtrack alongside music specially composed for the film by George Fenton, due for release by Sony on the 6 November 2015.

The Iceland Symphony Orchestra has named Yan Pascal Tortelier as chief conductor from September 2016 by a unanimous decision of the musicians’ committee. 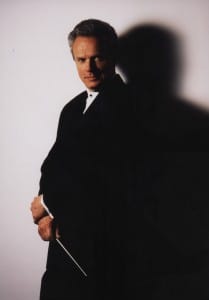 Of his appointment, Mr Tortelier said: “I am delighted and moved to be asked to become the Chief Conductor of the Iceland Symphony Orchestra, and am flattered and happy to discover that the musicians committee voted unanimously to offer it to me. I enjoy a really good chemistry with the players and, of course, the new hall is a spectacular plus. I love making music with an orchestra that is so receptive. I have agreed to assume the position for three years and to become, dare I say, a figurehead for the orchestra at a thrilling time in its history. We will work together to continue the orchestra’s development during this period, as well as to achieve my very clear and specific mission: to reach out to audiences worldwide and share with them the extraordinary talent and musicianship of this orchestra.”

He adds: “It is a happy coincidence that the Iceland Symphony Orchestra has recorded for Chandos, as I have been a Chandos artist for 25 years now. I look forward to recording with them for the label, as well as undertaking international orchestral touring projects in the seasons ahead.