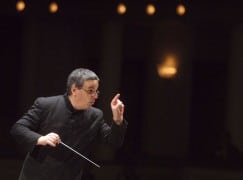 The conductor with the wealthiest audience

We’ve just been informed that the state of Liechtenstein has a new chief conductor.

He is Stefan Sanderling, 51, son of the much-loved Kurt Sanderling who was a confirmed socialist, choosing to spend his life in the USSR and the German Democratic Republic.

Liechtenstein is where capitalists go to protect their gold from the greedy taxman.

Stefan, who succeeds Florian Krumpöck, will not be the best-paid in his profession, but his audience certainly are.

His late father may permit himself a wry little smile up there, in the heavenly workers’ paradise.