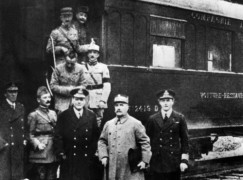 Sunset Coliseum? This could be ENO’s swansong

Today’s announcement that Andrew Lloyd Webber’s musical is to occupy the home of English National Opera for 43 performances over five weeks in April arouses the same kind of emotions as the sight of that railway carriage in the forest of Compiègne. It is a complete and unconditional surrender. 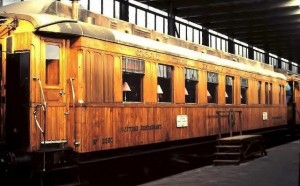 True, the costs of the production are being borne by independent producers, GradeLinnit. True, too, it will keep the orchestra and chorus of ENO in work for five weeks.

True, again, that ENO cannot afford to fill a season all by itself, given its burden of debt and shrinking Arts Council subsidy.

But a Lloyd Webber musical? A genre that takes the luscious red cherries of grand opera and turns them into glacé cake-toppers? That’s not a sensible strategy for a struggling opera house.

You may argue that La Scala once staged Phantom and other opera houses have gone deeper into the Lloyd Webber oeuvre in the hope of attracting new audiences. The thing is, they failed. There is no crossover between the pure and unmediated act of opera singing and the amplified, under-orchestrated act of Sunset Boulevard. No new faces at Lohengrin, no benefit at all to ENO, except that it pays five weeks’ rent.

This is a sad call by ENO’s new makeshift regime, a bad call, and one which sounds horribly like the scratching of pens in the middle of a French forest.

Historical footnote: A while back I suggested that Andrew Lloyd Webber should be approached to be chairman of ENO’s weak board. The response I got from those who know him well was ‘Andrew’s only interested in pushing his own stuff’. Whether or not that’s the case, what we have here is failing ENO serving mighty ALW’s empire.

« On a rainy day in Paris, Henri Dutilleux gets his due