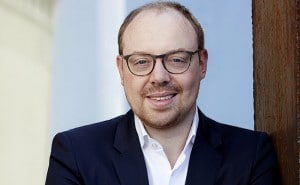 This is the Springer executive hired by Universal to revivify Deutsche Grammophon.

Dr. Clemens Trautmann has extensive experience in classical music, the arts and today’s rapidly evolving media business which he will bring to the leadership of the celebrated label. He began his career studying the clarinet with Sabine Meyer and Reiner Wehle at the Lübeck Academy of Music and then with Charles Neidich at New York’s esteemed Juilliard School where he received his Masters of Music degree. As a soloist he has performed at numerous concerts and festivals and featured on a variety of recordings. He was awarded the prestigious Hans Sikorski memorial prize and was honoured by the Schleswig-Holstein Musik Festival.

A fully qualified lawyer, who is 38, Dr. Clemens Trautmann has held a number of senior and strategic roles at leading media companies.  For the last six years, he has worked at Germany’s foremost digital publishing company Axel Springer, most recently heading up the office of the CEO as Chief of Staff. He has served as Chief Executive of Axel Springer’s Immonet online business and has run a number of the company’s priority management board programmes including those focusing on developing new businesses and driving digital change.

Dr. Clemens Trautmann succeeds Mark Wilkinson who, as announced in March, is taking up a new global role within Universal Music’s classical business.