Key Stravinsky score, lost since 1909, has turned up in St Petersburg

Stephen Walsh, the composer’s biographer, reports today in the Observer that the ode written by Igor Stravinsky on the death of his teacher, Nikolai Rimsky-Korsakov, has turned up in a backroom at the Rimsky Conservatoire.

Pogrebal’naya Pesnya (Funeral Song) received one performance at the Conservatoire in January 1909 and was never seen again. Walsh says that Stravinsky, still unknown, was upset that it had failed to be selected for any of Rimsky’s memorial concerts. Read full story here. 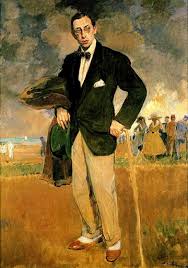