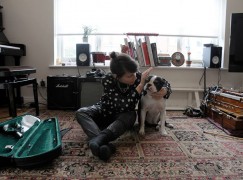 The Guildhall School of Music & Drama in association with The Royal Opera today announces Na’ama Zisser as the second Doctoral Composer-in-Residence, starting in September 2015. 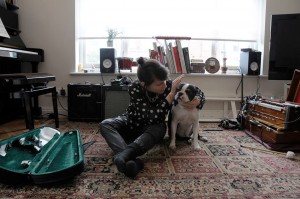 Launched in 2013, the collaboration between the Guildhall School and The Royal Opera is one of the first examples of an opera company and conservatoire joining forces to offer a Composer-in-Residence studentship which leads to a doctoral degree. Fully funded by the Guildhall School and supported by The Royal Opera, the studentship offers one composer every two years the opportunity to be Doctoral Composer-in-Residence over a three-year period. During this time, the composer researches and writes a major work, which will be staged by The Royal Opera at the end of the residency.

The studentship aims to offer an enriching model of opera development that allows a composer substantial creative research experience in the development of operatic practice, within the setting of a unique collaboration between an opera company and conservatoire. It allows for both critical reflection and creative research, in both professional and academic contexts. The principal supervisor is the Guildhall School’s Head of Composition, Professor Julian Philips, partnered by Associate Director of Opera for The Royal Opera, John Fulljames.

Na’ama Zisser said of her appointment: ‘I’m extremely excited about this unusual opportunity to focus on what I’m interested in within opera and modern storytelling, creating a work that is very personal to me. It’s quite rare to have the time to reflect and research, work at my own pace, and have mentorship, support and resources. This will have an enormous impact on my own creative development and the work produced. I’m very much looking forward to starting, and hope to build meaningful collaborations and to explore ideas to their full potential.’

Na’ama Zisser began her compositional studies at the Jerusalem Academy of Music and Dance, having completed compulsory military service as a pianist in her native Israel’s Air Force orchestra. From here, she was commissioned by a variety of leading Israeli orchestras such as the Jerusalem Symphony Orchestra and the Israel Camerata Orchestra. With this experience, she went on to gain her BMus in Composition from the Guildhall School and recently graduated with Distinction from the Royal College of Music with an MA in Composition. During her time at the Royal College, she studied under Mark-Anthony Turnage (supported by the Polonsky Award) and was awarded the Hurlstone & Cobbet RCM special prize for outstanding achievement.

« Muti to conduct opera in Stockholm

Dude goes 3D as Van Beethoven takes to the streets »