A presenter of Scottish and Irish music for BBC Radio Scotland, Radio 3, BBC2 and BBC 4, was found slumped drunk in a stationary car, blocking a narrow Highlands road.

Mary Ann Kennedy, 47, was said to be seven times over the drink-drive limit. She’s been banned for four years. 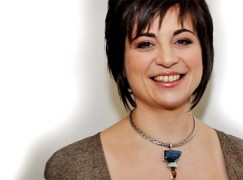