Concerts: ‘An unhappy mixing of people who want to loosen up a bit, and people who don’t’

This spot-on definition of classical concerts comes from an anonymous blogger, and it’s a response to Gillian Moore’s piece about getting people to behave better in concerts she puts on at London’s South Bank.

I sometimes feel like we’re missing something else, something bigger, that we could be experiencing if we stopped looking on our fellow concertgoers as an irritation, and started taking notice of them. What would it be like if we tried to enjoy being in a room with a lot of other people, experiencing the music as a group, rather than all sitting in our individual seats feeling aggrieved that the chap next to us is manspreading and the woman in front is so ridiculously tall and trying in vain to pretend that Iestyn Davies (below) is singing to us ALONE in our living room for our personal delight (however brilliant that sounds)? 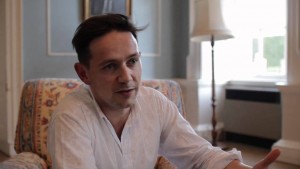