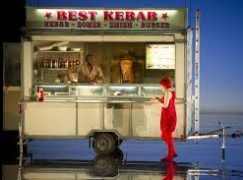 Like all skilled polemicists, Damian Thompson sprinkles his arguments with elements of truth and doubt. Picking up a Slipped Disc story about the inclusion of women composers in the school music syllabus, Damian maintains that women are given being an unfair crack at fame.

Meanwhile, we’re stuck in a situation where the barriers to women becoming composers have been removed but they’re still honoured for being women. Judith Weir (born 1954) is a minor figure whose ‘stark’ scores sound as if crucial instrumental parts have gone missing. Her opera Miss Fortunereceived such a savaging at Covent Garden in 2012 that the Santa Fe Opera dropped its plans to stage it. Last year she was appointed Master of the Queen’s Music. You may not be surprised to learn that she’s all in favour of the new A-level syllabus.

Probably better not read the backwoods Spectator readers comments below the line.

« Watch live as a woman thief steals a violin