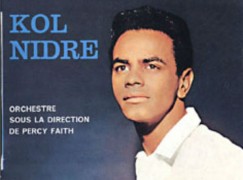 A defining anthem for half the Jewish people

I have written an essay on the origins and uses of the Kol Nidrei melody, sung on the eve of Yom Kippur. It was published in the JC’s New Year magazine, but it will not appear online so I append the text below. 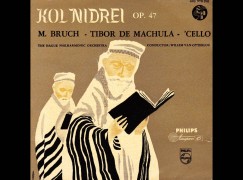 Like Bread of Heaven to the Welsh, Va pensiero to Italians and Haydn’s Kaiserlied to Germans, the melody of Kol Nidrei is a defining anthem for more than half the Jewish people. It is the theme that opens the holiest day of the year and it is hummed or swayed to by millions of Jews who attend Ashkenazi synagogues on the night that is named after the text itself.

Among Sephardim (Mediterranean and Middle Eastern Jews), the tune is unknown. Among secular Jews, it may cause actual discomfort.

What cannot be denied is its mysterious, adhesive power. So vital is the tune to a community’s sense of Jewish identity that when 19th century religious reformers banned the Kol Nidrei prayer as detrimental to modern ideas, worshippers threatened a mass walkout and the remakers of liturgy were obliged to restore it in some form or other. Some tried playing it as a wordless organ prelude to the service, others substituted a Hebrew Psalm for the Aramaic text. Neither caught on. By 1961, Reform leaders gave up the struggle and the original version was almost universally reintroduced.

Rejection of Kol Nidrei was by no means confined to reformers. As early as the ninth century, the Geonim (sages) of Babylon denounced it as an ‘idiotic custom’; a full millennium later, the Frankfurt Orthodox rabbi Samson Raphael Hirsch attempted in two successive years to abolish it. Many thinking Jews felt, and still feel, a certain unease at starting Yom Kippur with an arcane legal formula in an obsolescent language, annulling unkept promises past or future, in a form of words more commonly associated with corporate lawyers on a bad hair day. Kol Nidrei seems to declare that Jews don’t mean to keep their word; the greatest of rabbis have struggled to hedge that perception. If Kol Nidrei has held pride of place in Jewish prayers, it is chiefly by virtue of its music.

No-one knows where the low, slow, sighing melody comes from. More segmented than the cantorial norm, there is a musical disconnect between the two sections of the melody, as if they were pieced together from prior fragments of lost hymns. The whole song is blended with the trope of the High Holydays adding a trace of Gregorian chant and Roman Catholic plainsong. The Greeks call this effect a pneuma, the breath of the soul. That sounds about right.

The earliest rabbinic reference to a Kol Nidrei tune is found in the early 17th century. It is safe to assume that the theme is a good deal older. Since no two cantors sing it the same, we can deduce that the original theme was mutated over time and place, if indeed there ever was an original. A fanciful notion, propounded by orthodox and reform cantors alike, that the melody was heard on Mount Sinai, can be dismissed as wilful self-delusion. Whatever Moses may have heard on the mountains, it was not a musical theme that conformed to the European diatonic scale.

The music of Kol Nidrei, like Giuseppe Verdi’s chorus of the slaves in Nabucco, cannot be explained by technical criteria. It comes from some dark place of yearning in the human psyche and speaks to a profound need for consolation. It has what pop producers call a hit factor: instant impact allied to an urgent demand for repetition. Jews held it closely to their chests.

The first concert quote of the melody appears in the first five bars of the sixth movement of Beethoven’s surreal C# minor string quartet, opus 131. The music of that 14th quartet is among the most introspective ever written, with no thought of performance or audience in mind. Beethoven, approaching death in 1826, was in frequent pain and isolated by deafness. Some scholars suggest he might have heard Kol Nidrei on a visit to Vienna’s new Seitenstettengasse temple, where the cantor Salomon Sulzer had made an organ and choral arrangement of the theme. By 1826, however, Beethoven was hearing nothing. The strains of Kol Nidrei in opus 131 can only be a flashback to vagrant youth, heard through the open window of an unknown house of prayer.

Half a century later, a German composer of two sugary violin concertos arrived in Liverpool as chief conductor. Max Bruch, a Protestant, had been friendly in Berlin with the chief cantor, Abraham Jacob Lichtenstein. Hearing him sing Kol Nidrei, Bruch spotted two opportunities. One was to compose a piece for cello and orchestra, of which there were very few. The other was to achieve a commercial hit. ‘The success of Kol Nidrei is assured,’ wrote Bruch when he had submitted the score to a publisher in 1881, ‘because all the Jews in the world are for it.’ 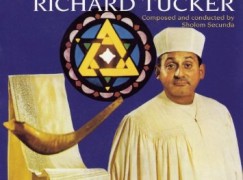 Not quite all of them. Abraham Zvi Idelsohn, the founder of Jewish ethnomusicology, would describe Bruch’s Kol Nidrei as ‘brilliant’ and ‘secular’, but felt ‘the melody entirely lost its original character.’ Bruch’s Kol Nidrei is a work of two halves, the second of which bears no relation to the Yom Kippur melody. Idelsohn was absolutely right: Bruch’s work is not Jewish. Audiences, on the other hand, adore it. Robert Hausmann gave the world premiere in Liverpool and every leading cellist since, from Pablo Casals to Natalie Clein, has performed it with numinous zeal.

Arnold Schoenberg, the third great composer to adopt the theme, did so in 1938 for a synagogue in Los Angeles, where he had fled from Nazi Germany. The austere atonalist deplored the ‘immorality’ of disavowing obligations and set out to ‘vitriolise the cello-sentimentality of the Bruchs’. Applying thematic analysis to Kol Nidrei, Schoenberg decided that ‘there is no melody as such, but a number of melismas which resemble each other up to a point’.

Schoenberg’s Kol Nidrei, for speaker, organ, chorus and orchestra, is a theme-and-variations essay on fragments of an illusory original melody, prefaced by a Kabbalistic fable. Fascinating as it is, it speaks more to the head than the heart and is unlikely ever to achieve widespread acceptance. 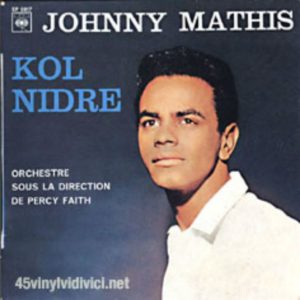 The mystery of the tune’s persistence continues to resist musical analysis. Its source lies, rather, in the neuro-wiring of our brain, the way it receives and retains images of sound. We know from clinical studies of Alzheimer patients that the musical area is the last part of the brain to decay. Oliver Sacks, in The Man Who Mistook his Wife for a Hat, describes how a retired musician, by humming a Schumann song, could still perform complicated motor functions when he was no longer able to recognise his nearest and dearest.

We know, too, that music is among the first response triggers at the early stages of life. Babies smile and kick their legs when we sing to them. Infants repeat nursery rhymes before they can remember the two-times table. Music is our mnemonic through the long course of life. We remember what was playing when we fell in love, suffered grievous loss, or saw our first dolphin at sea.

Kol Nidrei represents primal memory for half the world’s Jews. We may not know why the melody moves us, but it is wired into our emotional hard drive as a hallmark of identity, a connection to each individual’s past. For many Jews, the sound is the closest encounter they will ever have with religious experience. It is a pneuma they cannot live without, without ever knowing why they need it.

One year, in the last-minute Yom Kippur rush to synagogue, I heard a hatted woman shouting at her dilatory husband: ‘I don’t care if you’re late to my funeral, Max, but I won’t have you making me late for Kol Nidrei.’

For Jews the world over, Kol Nidrei is more than just a classical hit. It’s the single great unmissable.