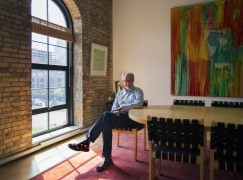 The Sibelius question: Oramo, or Vänskä?

The composer Christopher Gunning, a passionate Sibelian, has been on pilgrimage this summer to the composer’s home and listened to performances of his symphonies by two eminent and very different interpreters. So which has more of the answers? Read his report and reviews for Slipped Disc. 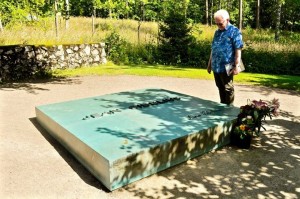 Have you been to Finland? No? Neither had I until a couple of weeks ago, when my son-in-law, a fine horn player, was taking part in performances of Sibelius with the Chamber Orchestra of Europe under Sakari Oramo. These were part of the Turku Music Festival, and the concerts featured the 3rd, 4th, 5th, 6th and 7th symphonies.

Turku is a coastal town with a pretty river running through, and anyone would like it; it’s full of lively cafés and restaurants serving food ranging from McDonalds to distinctly classy; most buildings are low, some characterfully ancient and some rather Germanic and quite new. The city is neither large nor small, is clean and tidy, and is rather quiet and safe. The Chamber Orchestra of Europe is large by chamber ensemble standards, but nevertheless has only roughly half the number of string players found in a normal symphony orchestra. The late Sibelius specialist, Paavo Berglund, recorded the symphonies with this orchestra, reportedly to gain extra clarity, and the legend lives on; Oramo is well aware of Bergland’s work and has obvious respect for it. So how did the symphonies come over in Turku’s acoustically fine hall? 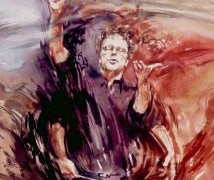 The first thing to say is that at no time did I feel a lack of strength or grandeur; In the 5th and 7th did one wish for more body from the strings? No! All sorts of details came shining through that even I, who has been listening to these works on and off for almost 50 years, had not previously been conscious of. The woodwind playing was consistently delightful – lovely sensitive sounds – and the brass magisterial or quietly threatening by turns. Not an original thought this, but Sibelius’s orchestration really is truly extraordinary isn’t it? The wide compass of the horn parts, the frequently low register of the 2nd clarinet, and 101 other details strike me as totally original. There isn’t another composer who sounds remotely like Sibelius, and it’s not just a matter simply of his characteristic forms, personal motifs, or that unique orchestration – it’s all three and an awful lot of sheer passion too.

Oramo understands this music completely; the orchestra loves him, listens attentively to all his comments in rehearsal, and everyone plays angelically. I came away from the seventh feeling shattered; all the symphonies, every single one, has its very own narrative, but it’s the seventh that never fails to reduce me to blabbering wreck status.

The next day we drove for a couple of hours to Ainola; when in Finland you have to go there! This is where Sibelius lived from 1904 until his death in 1957. He and Aino, his wife, lived in a fine wooden house in the country, where lakes and forests abound, and when you visit you will see the rooms downstairs full of books and paintings, the whole place still haunted by the great man. You will be told that he didn’t use a piano; the music was all in his head.

Believe that if you will, but there are also stories of him pounding away at the piano, and we know that composing was by no means easy for Sibelius – just look at his various attempts to finalise the 5th symphony or the Violin Concerto. We know that he would walk for hours in the forest, or sit in the garden absorbing the sounds of nature, and we also know that for years he composed in an upstairs room (where visitors are not allowed at the moment) so this gives some credence for his not using a piano, but he was also a good pianist and his neglected piano pieces are certainly very pianistic.

Why did he stop composing for the last thirty years of his life, and why did the much-vaunted 8th Symphony never appear? There are no answers at Ainola. Perhaps he was simply worn out with the stresses of composing, or depressed that he was no longer the enfant terrible, Arnold Schoenberg having become the rage among contemporary music fanatics. We will never know, but we have learned that he burned a significant pile of manuscripts and was reportedly a happier man once the flames had consumed any sketches there may have been.

While at Ainola you will visit Sibelius’s and Aino’s tomb, a blue slab with simple lettering, and I defy anyone not to be moved by it. The music, so alive and so much loved, rings in your ears as you stand staring at the slab, then your eyes wander to the all-important sauna designed by Aino, the house, and her garden, full of apple trees and gooseberry bushes heavy with red fruits. You half expect the Sibelius couple, their daughters behind, to appear through the trees.

Back home again, and a visit to the Proms for the 5th, 6th, and 7th symphonies, this time with the BBC Symphony Orchestra conducted by another Sibelian, Osmo Vänskä, who has been responsible for extensive recordings of Sibelius and also some earlier versions of the works we know and love – the 5th and Violin Concertos being of special interest. I was a little nervous – could this concert possibly match the experiences I’d had in Turku?

I need not have worried. Vänskä is also steeped in the Berglund tradition, so there was a similar concern for taut drama as well as loving attention to detail. In the cavernous Royal Albert Hall, it was possible to achieve even greater dynamics, and in that mysterious passage in the first movement of the 5th, you could barely hear the chilly string tremelos reminding us of the winter winds whispering in the trees. Elsewhere there was no shortage of passion from the strings, or totally idiomatic work from the wind and brass. The 6th was beautifully paced with its autumnal textures never quite breaking into forthright drama.

Then the 7th worked its magic all over again, and I was transported back to Ainola, that quiet house nestling in the forest, and that stubborn giant of a man creating those monumental works that I, for one, can never tire of.

Orchestra gets developers to pay for new hall »