The pianist who tuned his own grand, to Steinway’s chagrin

Geoffrey Terry, who publishes Orchestral Concerts CDs from Prague, has sent us this personal reminiscence of the great Czech pianist Ivan Moravec, who died on July 27. 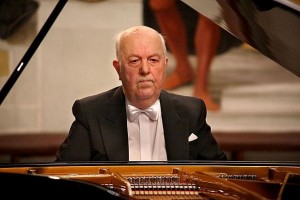 I acted as UK agent for Ivan Moravec in the early 70s and he became a personal friend.

I met Ivan for the first time during a tour of the UK by the Prague Symphony Orchestra in March 1968; he performed Mozart’s piano concerto no 25, K503 and the conductor was the very neglected Václav Smetáček. During the course of the tour I had the great pleasure of driving Ivan, and his wife Zuzana, from one venue to another across the UK and the conversation was delightful.

On the day of the RFH concert, following the customary visit by the piano tuner, I was intrigued when Ivan produced a small tool kit and began to ‘voice’ the Bösendorfer, following which there was a noticeable but subtle improvement in the sound of the instrument.

Bösendorfer was Ivan’s instrument of choice and I recall his Queen Elizabeth Hall performance on 1st May 1969, which I promoted, when, during rehearsal, a representative from Steinway approached me back stage. I was amazed when he informed me that Mr. Moravec must use Steinway instruments exclusively otherwise in situations where only a Steinway was available he would not be permitted to use it. Ivan, like me, considered the man to be out of his mind – there were no further references or repercussions.

Every concert I arranged for Ivan resulted in glowing reviews and yet at that time he was little known in England and my expectation that he would be acknowledged for his extraordinary ability did not transpire.

Manage classical music on iTunes? Apple thinks you can… »