Apparently, the LSO is preferred orchestra for a media franchise known as Final Fantasy. The composer is Nobuo Uematsu. Here’s the latest instalment, Words Drowned by Fireworks from Final Fantasy VII, out next month. 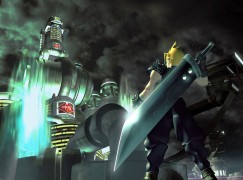