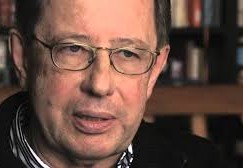 The family of Nikolaus Lehnhoff has announced his death, after a long illness, at the age of 76.

Many productions come to mind, but none more vivid than his Janacek cycle at Glyndebourne.

His last production, in May this year, was Turandot at La Scala. He stood aside from the fashionable forms of German Regietheater.

Singers and audiences will miss him greatly.

Christian Thielemann: ‘I don’t do it for the money’ »