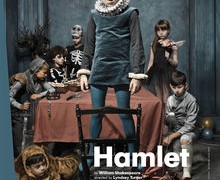 The Times and the Mail this morning broke with critical convention to review a preview of Hamlet, starring the hotter-than-hot Benedict Cumberbatch. The Times review trashed it.

One of Slipped Disc’s professional correspondents who was present last night offers this assessment. 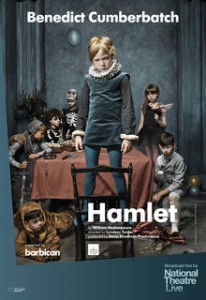 So the morning after, sensible first thoughts on last night’s Hamlet.

1) It was a first preview. As such it was pretty amazing.

2) There is some work to do on pacing and tightening up – especially the second act.

3) He’s very very good – but it’s not quite finished – there are flashes of real torture but not enough in my opinion (and that is what it is – just mine as a seasoned theatregoer).

4) There are two stand out scenes – the comedy of BC which is just brilliant and yet again makes me wish he’d do more comedy – he’s very good at it and Ciaran Hinds (who almost steals the show in my view) with Claudius’ soliloquy at the end of the first part. Both really fabulous performances and staging.

5) Es Devlin who has designed the sets and Jon Hopkins who has done the music get extra special mention – it looks and sounds incredible – again almost over-powering the actual acting.

6) I’m reminded yet again that I actually still think that Hamlet is one of Shakespeare’s less coherent plays. It’s got some great soliloquys but the story isn’t that exciting to be honest…..and as for Ophelia it’s a bloody thankless role. Done as well as you can expect here.

7) And finally, the newspapers in this country really are scum. (No spoiler there!) I was waiting for my sister in law who came with me and there was some nasty desperate little toerag outside trying to get interviews with “Cumberbitches”. But it was noticeable that she was not approaching all the “normal” middle class theatregoer types – she was just approaching the younger women and the more obviously middle-aged goth-types. Oh and of course she was from the Daily Fail. Thankfully everyone sent her packing – some with a flea in her ear….. Really quite despicable – a bit like that other right-wing excuse for a rag The Times today doing a review of a very first preview. Tacky. Very tacky.

So overall, if you are going to see it it is absolutely worth it – any production with this good a cast and crew will be interesting whether you like it or not. I can’t wait to see it again in 3 weeks time to see what has developed.