Play your Bach the Leonhardt way

A keyboardist at the Dutch Bach Society is making an edition of the old master’s scores. This from Siebe Henstra: 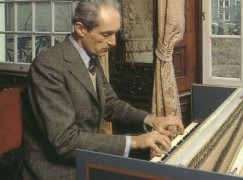 BACH/LEONHARDT TRANSCRIPTIONS: EDITION IN PREPARATION
The Dutch harpsichordist Gustav Leonhardt (1928-2012) transcribed/arranged the works for solo violin and solo cello for harpsichord in the years 1975-1978. His recordings and recitals were very impressive and successful. I am currently preparing an edition of them from his manuscripts.

This will result in some 150 pages of “new Bach harpsichord music”! Many of these pieces are among the most attractive Bach ever wrote (Ciaconna, Sarabandes etc).

In order to support me convincing an editor that believes in it and also that it will sell in printed form, you can help me by liking and sharing this message among your friends and colleagues! If you think you it is likely you will buy this book (perhaps 2 volumes) it would help me if you send your name and address to MusicaAntiqua@me.com (without formal obligation of having to buy). I will do my best to keep the publication not too expensive.

Everything is typeset now, and I am in the course of a second correction round. 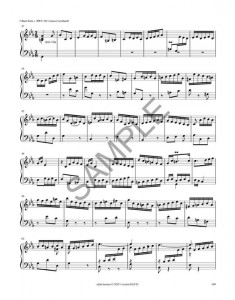