The Orchestra of the Age of Enlightenment, presently playing Handel’s Saul at Glyndebourne, has announced a regular residency at Duckie, a south London gay club that describes itself as ‘purveyors of progressive working class entertainment’.

There’s an upcoming date on Setember 5. 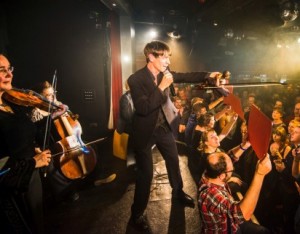 ‘Back in November last year we took our late-night series The Night Shift, clubbing, appearing at the legendary Vauxhall institution that is Duckie…. When we appeared last year we had no idea what to expect – but we ended up being pretty overwhelmed by the reception we got, with one of the loudest roars of approval we’ve ever had for a performance. We’ll be playing a new 10 minute set, on stage around 11pm. Entrance to the club is £6 and you can dance the night away afterwards courtesy of resident DJ’s The Readers Wives.’

« Matthew Bourne lead dancer is killed on his way to work

The pianist who tuned his own grand, to Steinway’s chagrin »