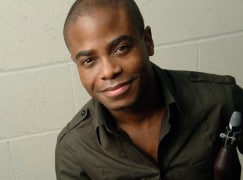 NY Phil gets a grip on US orchestra league

The League of American Orchestras has elected seven board members.

New York, NY (August 4, 2015) — Kjristine Lund, Anthony McGill, Alan Pierson, David M. Roth, Daniel Bernard Roumain, Matthew VanBesien, and Jonathan Weedman have been appointed to the Board of Directors of the League of American Orchestras. The League is a membership organization comprised of hundreds of orchestras from across North America.

Kjristine Lund is a member of the Seattle Symphony Board, where she chairs the Marketing Committee and recently served as co-chair of the orchestra’s Strategic Plan. She owns Lund Consulting, a Seattle-based firm she founded in 1990 that develops strategies and provides management and communication services for clients whose projects are typically community-focused. Lund holds an MBA from the University of Washington and a bachelor’s degree in urban affairs from The George Washington University in Washington, D.C. She was a participant in the League’s Essentials of Orchestra Management seminar in 2002

Anthony McGill has served as principal clarinet in the New York Philharmonic since September 2014, and prior to that held the principal clarinet post for a decade in the Metropolitan Opera Orchestra. He has appeared as a soloist at Carnegie Hall with the Metropolitan Opera Orchestra, the American Symphony Orchestra, and the New York String Orchestra. Other recent engagements have been with the Baltimore, New Jersey, San Diego, and Memphis symphonies. McGill serves on the faculties of the Juilliard School, the Peabody Institute of Johns Hopkins University, Bard College Conservatory of Music, and Manhattan School of Music.

Alan Pierson serves as artistic director and conductor of Alarm Will Sound, principal conductor of the Dublin-based Crash Ensemble, and co-director of Northwestern University’s Contemporary Music Ensemble. He was formerly artistic director and conductor of the Brooklyn Philharmonic. Pierson has appeared with the Los Angeles Philharmonic, London Sinfonietta, Steve Reich Ensemble, Orchestra of St. Luke’s, Carnegie Hall’s Ensemble ACJW, Tanglewood Music Center Orchestra, New World Symphony, and Silk Road Project, and he has been a visiting faculty conductor at Indiana University and Eastman School of Music.

David M. Roth is a principal and managing director of WLD Enterprises, Inc., a private investment company. He was formerly a partner in the Farmington, Connecticut law firm of Levy & Droney, P.C., where he specialized in litigation, investment banking, and public finance law. Roth’s board affiliations include, among others, the Hartford Symphony Orchestra (chair 2005-2008 and 2010-2011); Hartford’s Bushnell Center for the Performing Arts; and the Greater Hartford Arts Council. A graduate of Lafayette College, Roth holds an MA from the University of Virginia and a JD from the University of Connecticut.

Daniel Bernard Roumain is a composer and a performer whose work has spanned more than two decades, and who has been commissioned by distinguished artists and institutions worldwide. Roumain is perhaps the only composer whose collaborations span the worlds of Philip Glass, Cassandra Wilson, Bill T. Jones, Savion Glover, and Lady Gaga. Roumain is currently working on We Shall Not Be Moved, a new chamber opera commissioned by Opera Philadelphia, with a libretto by Marc Bamuthi Joseph and directed by Bill T. Jones, and Meditations On Raising Boys, a new oratorio commissioned by the Chautauqua Symphony Orchestra.

Matthew VanBesien joined the New York Philharmonic as executive director in 2012 and was named president in 2014. Previously, he served as managing director of Australia’s Melbourne Symphony Orchestra, and as executive director and chief executive officer (from 2005-2010) and general manager (from 2003-2005) at the Houston Symphony. VanBesien earned a bachelor of music degree in French horn performance from Indiana University. He was second horn in the Louisiana Philharmonic Orchestra from 1992 to 2000. VanBesien completed the League’s 2001-02 Orchestra Management Fellowship Program.

Jonathan Weedman has served as senior vice president for the Wells Fargo Foundation since September 1996. He began his career with Wells Fargo in 1989 as a business banking officer and later joined the Premier Banking Division. Weedman serves on the board of the Los Angeles Philharmonic, The Colburn School, and the Antaeus Theatre Company, among other organizations, and has chaired the Los Angeles Philharmonic Hollywood Bowl Opening Gala with his partner for the past six years. Weedman attended the University of Southern California and the University of California-Los Angeles, where he earned a bachelor’s degree in history.