Remember that touching message from Jonas, asking you to buy his new Sony album rather than the recycled one from his former label, Decca?

Well, Decca’s Age of Puccini is topping the German charts this week, leaving Sony’s release puffing some way behind at number 2.

Decca are cock-a-hoop. Sony, on the other hand, say their album is not out yet in Germany. It has achieved second place in the charts on pre-orders alone. 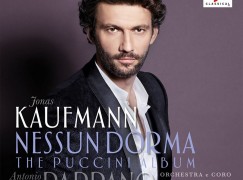