Th Israeli media have picked up reports from Slipped Disc and elsewhere that Chancellor Merkel is planning to take a Berlin orchestra with Daniel Barenboim to accompany her to Iran.

This has provoked a furious response from the ultra-nationalist culture minister in the Netanyahu government government, Miri Regev who explodes on her Facebook page, demanding that Merkel leaves Barenboim, an Israeli citizen, behind.

‘Barenboim takes an anti-Israel line and does his best to slander Israel while using culture as leverage for his political opinions against the State of Israel,’ shrieks Regev, who says she will be writing to Merkel today to point out her ‘mistake’.

We’re sure she’ll get a polite reply from the Chancellery, perhaps before Christmas.

Read her full, preposterous post here. And for those who read Hebrew: 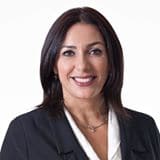