Can the Ice Queen cut it as Club Queen?

From my Album of the Week on sinfinimusic.com:

If, as the prophet so aptly put it, the Ethiopian can change his skin and the leopard his spots, there is no reason to imagine that Anne-Sophie Mutter can’t do a club night. The Ice Queen of the violin, Germany’s first international virtuoso of modern times, has been awoken to club culture by her 20-something children and would like to have a slice of the action. Promo videos for this release show her chatting up a young audience in a Berlin den and generally acting in a manner altogether out of character from her aloof and self-absorbed concert-hall persona.

So how did she perform? Read here. 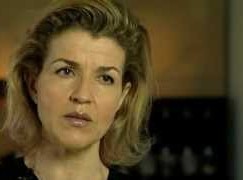