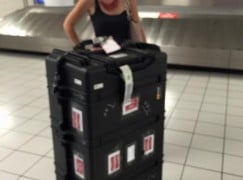 The cellist and teacher Ken Kulosa, who was responsible for shipping the instruments, tell us: 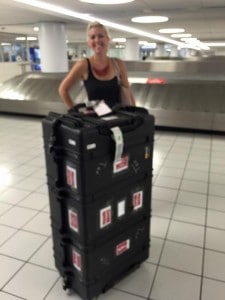 Here’s what we’re dealing with: a supervisor in St. Louis at US Airways yelled at us for not doing our job in contacting the right people–supervisors–within the company both domestically and in Barcelona (we’ve been on the phone steadily since Wednesday night, well over a hundred hours of combined time, hundreds of dollars in overseas calls. All we have found are phone numbers that are always busy(a rouse to make you feel like something is happening, emails that are returned to sender after two days, fax numbers that are fake, it goes on and on…..).
When this man was asked for names and numbers that would produce results, he told us the information was private, inside information, and would not give them out! WHAT IN THE HELL IS A PERSON SUPPOSED TO DO?

Do not ever believe that we fly the friendly skies.

« Young Turk is Europe’s composer of the summer

Jonas and Joyce are named singers of the year »